At the time, ESA’s dress code read as follows:

The school should be a great learning and working environment for all. So that we can all feel comfortable in our school/work environment, clothing must be respectful — it shouldn’t be too revealing or display inappropriate language. Students may be asked to change or cover up if their clothing is deemed inappropriate by the school administration.

(As of November 2017, ESA’s dress code is not publicly available.)

That evening, Alexi organized Crop Top Day via Facebook. She encouraged her three hundred invitees to “wear a crop top, sports bra, bralette, bandeau, or anything similar and stand in solidarity against the sexualization of women’s bodies.” Word spread. On May 26, students at about 25 TDSB schools took part, as well as people in France, Germany, and Australia. Some participants wrote messages on their bodies, such as “Stand in solidarity” and “Not asking for it.” Alexi estimated that about five hundred ESA students participated.

In Alexi’s words, Crop Top Day was about “women’s rights, their ability to make choices about their own bodies, and the blatant objectification and sexualization of the female body.” Her organizing led to conversations among students, and between students and school staff, about school dress codes, and about the effects of dress code discipline. It also led to an abundance of media coverage. Our account is based on reporting by the Toronto Star, People magazine, Buzzfeed, and MTV. Crop Top Day was also covered by, for example, Glamour, Jezebel, Mic, Vice, the CBC, and the BBC. 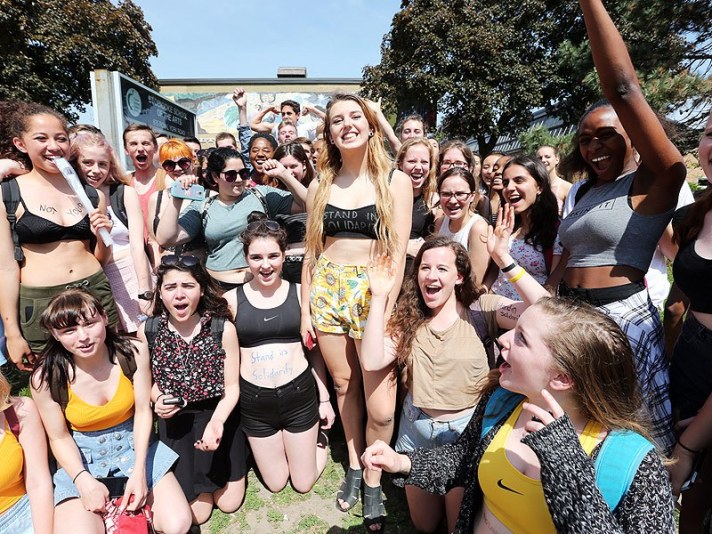 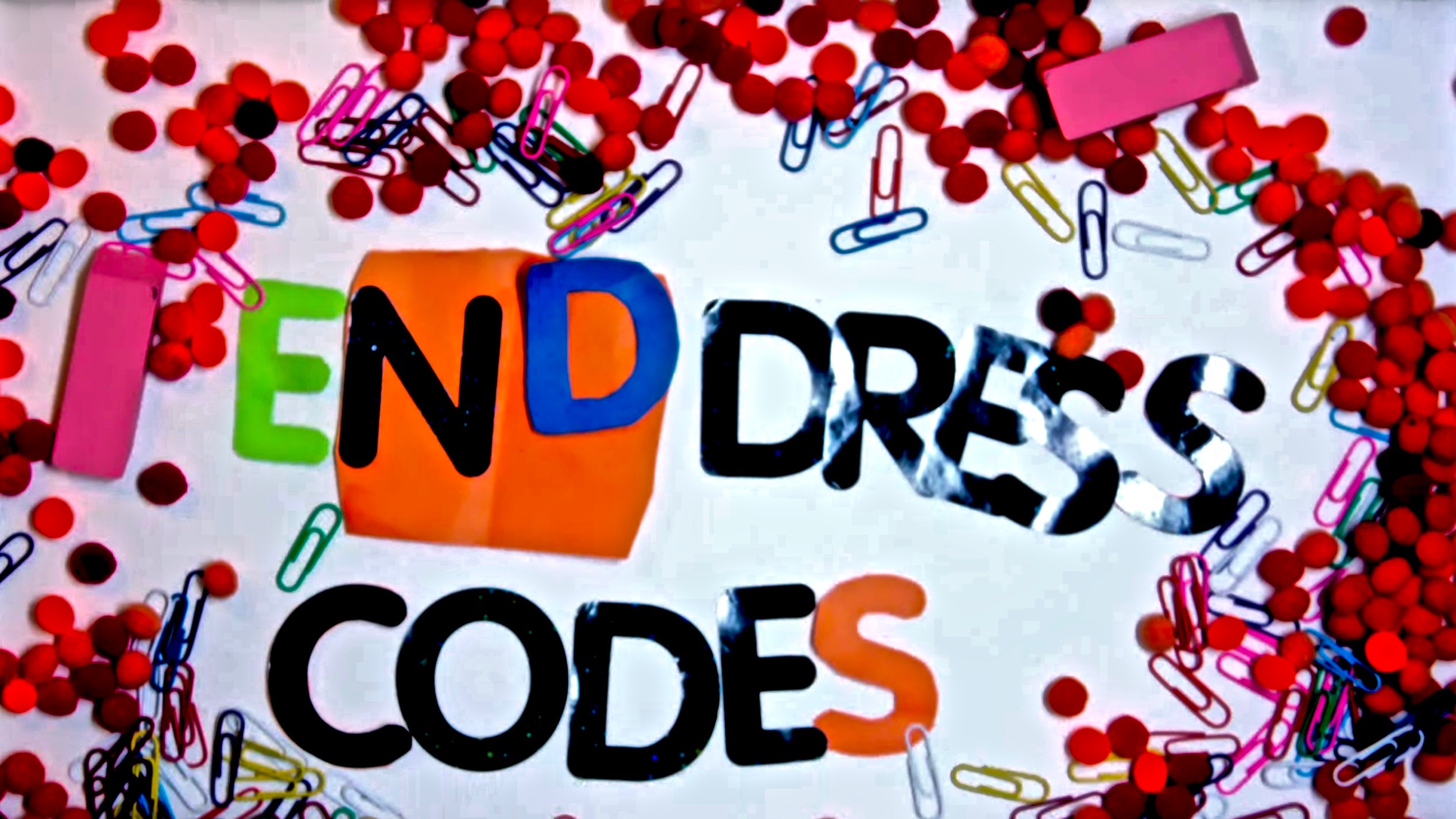